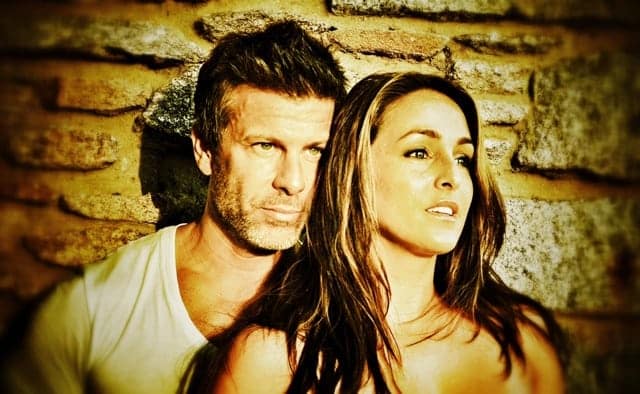 [quote style=”boxed”]Find something you love to do, and find out how you can make money doing it. What we’ve learned is the ideas we’re passionate about, tend to make more money because we’re into it![/quote]

Robert and Kimberly Murgatroyd have always shared an insane passion for boutique travel. Early in 2005, upon returning from the newest exotic and exciting destination, a friend said, “maybe you should create a video podcast and share your travel experiences with the world.” On that day, The Hip Travel Network, which was quickly renamed Jet Set Life, was born.

During a trip to celebrate New Year’s Eve in Rio de  Janeiro in 2005, they found that using the average guidebook didn’t lead them to the boutique, stylish places they wanted to experience.  When they asked the hotel concierge for suggestions, they ended up in expensive tourist traps. So half way through their trip, they decided there’s got to be a better way. They began creating video guides that show travelers similar to themselves where to stay, eat and play in the world’s hottest destinations.

As traffic to their website increased, Rob came across a book in 2007 that would change the course of their lives titled, The 4-Hour Work Week. Within days of reading the book, Rob and Kim began creating digital guidebooks called The Secret List for the 10 destinations that they already had videos for. Over the years, The Secret List has become one of the top guidebooks for the boutique traveler. Eager to expand their digital product portfolio, Rob began befriending the top Internet marketing experts and learning their secrets to success. Jet Set Life began creating other digital products and mini-websites unrelated to the main travel site. At the same time, Jet Set Life was being inundated with requests from viewers wanting to know how they could create the online income to travel like Rob and Kim. With the market asking for it, and Rob already interviewing the best of the best, it was only a short time until Jet Set Money was launched.

In 2009, Kim returned to the world of competitive fitness. When Rob experienced an international fitness competition with over 600 crazy-fit competitors, he decided he wanted to join Kim onstage. After dropping almost 40 pounds and getting shredded at the age of 43, Rob entered his first local fitness competition and placed second. Since then, he’s placed in the top 15 out of 100, mostly against guys half his age. With Rob and Kim now leading a super fit life, quickly the requests for “how they got in such great shape” started coming in. With their commitment to always listening to their market and Kim’s degree in exercise sports science, it was only a matter of time until they launched their latest and most successful digital product to date, Jet Set Body, a fitness and nutrition program.

In 2012, Rob and Kim committed to not create any new products, just take over the worlds of boutique travel, Internet entrepreneurship and fitness by expanding their current product line. In addition, Rob and Kim now offer a weekly podcast called the Jet Set Insider, in which they take you behind the scenes of their travels and share real, funny, embarrassing and unlikely stories and videos from around the world.

We are working on updates to Jet Set Money, Jet Set Body and The Secret List. Also, we recently launched our weekly video podcast, The Jet Set Insider, so we’re working on building that audience, too.

Where did the idea for Jet Set Life come from?

It started as purely a passion project and a way to have a creative and fun outlet, kind of like a hobby. But after reading the 4 Hour Work Week, we decided to turn our passion into a business.

It depends on the day. If we’re home, we wake up early, have breakfast as a family and get our daughter off to school. Then we hit the gym before checking email so we don’t get caught up in business. Once we’re back home, showered and ready for the day, we tackle projects, shoot our podcast, write blogs, edit videos, have conference calls, etc. Then it’s family dinner time, meal prep for the next day, a little TV and in bed  by 10:30 PM.

We usually go round and round with each other for a while about an idea that one of us has. We often have very different opinions and always play devil’s advocate for the other person. Rob is more ready, shoot, aim and Kim’s more ready, aim, shoot so this process can take a while. But once we nail down an idea, implementing is the easy part.

We’re loving the podcast trend. More and more celebrities are getting involved in podcasting, giving podcasts credibility as a media outlet. Thus, more and more major companies are willing to pay for ad space. We really love that this gives the average person a platform that he/she otherwise would not have because of company politics, red tape, etc.

Kim: The worst job I ever had was selling Cutco Knives as a summer job in college. I learned that I was a terrible sales person. I think my mom was the only person who bought them.

Rob: Being a room service waiter. I learned that I’d much rather be the one ordering room service.

Listen to your audience! They will tell you what they want, you just have to listen with unbiased ears.

Find something you love to do and find out how you can make money doing it. What we’ve learned is the ideas we’re passionate about tend to make more money because we’re into them.

If you weren’t working on Jet Set Life, what would you be doing?

Dying a slow death from a boring life.

We laughed so hard watching old video podcasts. This one in particular was of Rob, 40 pounds heavier, trying on a Speedo in Ralph Lauren in St. Barth’s….yep, on video!

Kim: My parents. They’re amazing, supportive and loving people who knew when to hug me and when to kick my ass.