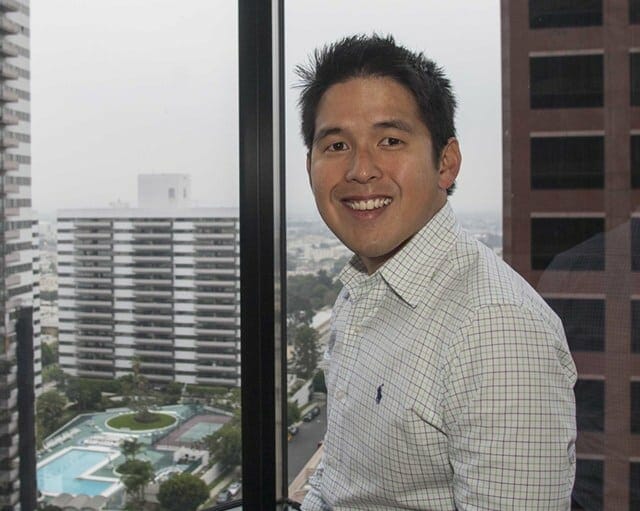 [quote style=”boxed”]Be nice to people. You’ll be surprised how often entrepreneurs pick investors or investors pick other co-investors based on how much they like working with them. This simple strategy alone has done wonders for our deal flow over the past two years.[/quote]

Tianxiang (TX) Zhuo was born into a family of entrepreneurs in Singapore and moved to the U.S. to attend college at Wesleyan University in Middletown, Connecticut.

When TX first stepped into the Wesleyan bookstore, he was astonished by how expensive textbooks were and decided to set up a service to help students gain access to affordable books. From his tiny dorm room, he and one of his close friends managed to scale this idea into a business that was grossing a couple million dollars a year.

TX and his partner successfully exited the business in 2007, and after earning a bachelor’s degree in economics and mathematics, he recognized his lack of business experience and decided to join McKinsey & Company to learn from the world’s best leaders.

TX still had an itch to get back into the entrepreneurial world, and the perfect opportunity came when he got accepted into the graduate program at Stanford University. While at business school, TX immersed himself in the local startup community and simultaneously served as the CFO for an electric vehicle startup, Lit Motors. At the same time, TX was working for Innovation Endeavors, a seed-stage venture fund backed by Eric Schmidt.

TX enjoyed the intellectual stimulation he got from learning from entrepreneurs and the satisfaction he felt when he was able to help them tackle problems they faced. TX was about to continue his career in venture capital in Silicon Valley when he met David Cohen, CEO of Karlin Asset Management. David was impressed by TX’s background and passion and hired him to set up a venture investment platform for the $1.5 billion parent fund.

Since its inception in 2012, Karlin Ventures has made more than 20 investments. It got its first exit in early 2014 and is now recognized as one of the top venture funds in Southern California.

Where did the idea for Karlin Ventures come from?

I’m thankful that both Michelson and Cohen gave me the opportunity to transform the vision they had into what Karlin Ventures is today.

My typical day starts around 7 a.m., and I spend two or three hours on email and getting work done. Then I spend the bulk of my day meeting people, whether they’re part of my own portfolio companies, people in my network, or new people I want to get to know.

I usually jump back on email for an hour or two after dinner to take care of any outstanding items. I’m pretty diligent about having an “inbox zero” policy.

I’m a firm believer in strength in numbers and always seek feedback and advice from my colleagues, advisors, and friends before I bring any idea to life.

Once I’m confident about something, I always build an action plan and determine its feasibility before building out the idea.

Empowering second-degree users. Traditionally, data scientists or engineers were the main users of enterprise software. I’m really excited that software is now targeting non-tech users from other areas in the organization.

For example, intuitive database search software like DataRPM allows anyone in the organization to run analyses typically done by the business intelligence team.

What is one habit of yours that makes you more productive as a venture capitalist?

I have this obsession with doing everything the right away. Because my portfolio companies are my top priority, anything they want or ask me for usually gets done in a short period of time.

When I started my own online textbook business, there were only two of us working on it. My first two winters were spent in a storage facility without heat packing several hundred books each day. We had frostbite on several occasions. (Mind you, this was in Connecticut, where it was in the high teens most days).

There were times when I was tempted to throw in the towel and refund some of the orders, but I am proud to say that we never waited until the next day to process any order.

I learned that businesses can only be successful if you’re willing to roll up your sleeves and work hard. That’s why I place such a strong emphasis on being a hands-on VC.

I would get a group of advisors to support me while starting my online textbook business. While the business ended up being relatively successful, I made a lot of mistakes that prevented the business from really scaling, and a lot of these mistakes could have been avoided with the right advice.

When I co-founded Karlin Ventures, I made sure I had strong support from my advisory board members, Cohen and David Traversi.

As a VC, what is the one thing you do over and over and recommend everyone else do?

Recognize that entrepreneurs often know more about their own business than you do because they live and breathe it 24/7. Show them the respect they deserve, and you’ll be surprised how much you can learn and the trust you will build.

Be nice to people. You’ll be surprised how often entrepreneurs pick investors or investors pick other co-investors based on how much they like working with them. This simple strategy alone has done wonders for our deal flow over the past two years.

What is one failure you had as a VC, and how did you overcome it?

When we first started the fund, I was led to believe that we needed to focus on the media and entertainment sector because we were based in Los Angeles. But I soon realized that I was out of my depth and didn’t have the right experience or connections to help companies in that space.

We made a change in 2013 to focus on a smaller number of sectors — namely enterprise software, marketplaces, and e-commerce — where we could actually add value as a team. I learned the simple lesson of focusing on what you know best.

I think real-estate marketplaces are ripe for disruption. Redfin has done a great job, but there should be a better platform that connects buyers and sellers or tenants and landlords. The platform should cut out the middleman and allow users to do everything from uploading listings to scheduling viewings to carrying out transactions.

I started my first business (the online textbook company) not because I wanted to be an entrepreneur, but out of necessity to support my family. It was probably the wrong reason to start a company, but I’m glad I fell in love with being an entrepreneur throughout the process.

I love how Newsle tells me about what the people I know are doing to change the world every day.

CRM software is also a big one for me because we review more than 1,000 deals a year. Streak is super helpful when it comes to tracking deal flow, and I love how Rapportive helps me better understand the people I’m dealing with.

I’m a big fan of books that offer entrepreneurs practical tips to improve their businesses.

Every entrepreneur who is trying to build a B2B business must read “Predictable Revenue” by Aaron Ross. Not only does the book provide you with a framework to quantify business opportunities and build your sales team, but it also includes simple, easy-to-implement tips that can make a significant impact on your business.