Zack Arnold – A Mensch making a movie about his best friend 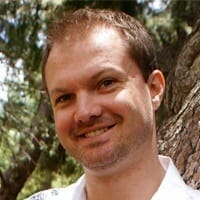 Zack Arnold is an award-winning film editor currently cutting the TV show Burn Notice on USA Network, and his professional background also includes editing feature films for studios such as Fox Searchlight, Warner Bros, and Walt Disney Pictures, as well as many independent projects. He also has a background in film marketing having editing the trailer & tv campaigns for The Passion of the Christ, Charliz Theron’s Academy Award winning film Monster, Christian Bale’s The Machinist, the Oscar-nominated Whale Rider, and he has done promotional work for many other Hollywood films.

Zack was born and raised in Northern Wisconsin in a dairy farming community of 291 people. He spent his summers making hay and building barbed-wire fences, but his passion from a very early age was the art of film. He studied film theory at the University of Michigan, and he flew to Los Angeles the morning after his graduation ceremony for his first job interview. He got the job on the spot and drove across the country the next week with every belonging he owned packed into his Pontiac Sunfire. He arrived in Los Angeles knowing zero people and used his Midwestern work ethic and charm to work his way from a job as an assistant editor to where he is now.

Aside from my day job editing Burn Notice, I am self-producing a documentary film, GO FAR: The Christopher Rush Story, a biographical film about a close friend of mine who lived as a quadriplegic with muscular dystrophy yet achieved amazing things and maintained an incredibly optimistic outlook on life. He passed away several years ago, but shortly before he died he developed a motivational program called GO FAR (Goals, Obstacles, Focus, Act, Review) for people with disabilities, or for anyone who had goals they wanted to achieve despite seemingly insurmountable obstacles. This film will serve as his legacy.

Shortly after he passed I was inspired to make this film as a way for his program and his message of optimism to live on through others. As a filmmaker I knew I had the skills and the resources to tell his story the way it should be told. What I didn’t realize is how difficult it would be to raise funding and find investment capital in this economy. I started producing the film in August of 2008 and was able to raise over $20,000 to shoot my first round of footage. Shortly after, the market imploded, and I have been trying to get it off the ground ever since. I have gone back to square one and I have started another round of grassroots fundraising at Kickstarter.com.

Social networking – It simply astounds me. It has gone from a way to share pictures with family members to a method of global communication. Without Facebook and Twitter I would have no means to make the connections I have and raise the funding I need for this project. Because of it I can sit at home from my laptop, share my goals and aspirations for this project, and raise thousands of dollars from total strangers that believe in what I’m trying to do.

Kickstarter – It’s a brilliant way to motivate people to help others who have ideas to better the world, and it gives them a direct connection to a project and the ability to finance it directly. In the past people passively enjoyed films, now they can feel like a project happened because of their support.

Online distribution – without it, I’d have little chance of success with a passion project like this. While I have already secured DVD distribution through a major distributor once the film is complete, I now have multiple ways to reach a worldwide audience without plugging into “the system.” Between Amazon and Netflix streaming, I can reach a global audience with my film.

I chose filmmaking because I think it’s the perfect blend of all the arts into one, and it’s the most impactful way to take an idea like Chris’ GO FAR program and share it with others.

Chris was born with spinal muscular atrophy and was given two years to live. When he turned five, they said eight. Then twelve. When he graduated from high school, they said “you probably shouldn’t worry about college.” After graduating from law school, his doctors probably got the point. Chris took every expectation and shattered it. He had every reason to be bitter and angry with the world, but despite living life as a quadriplegic, he was always optimistic, funny, endearing, loving, and kind. That inspires me.

Using my circumstances as an excuse to not move forward. In August of 2008 when I raised $20,000 to start the project, my donors said once they saw some footage there would be “more where that came from.” Then the market crashed, my small business started shrinking and I eventually became unemployed, and my house went underwater. I used all of that as an excuse for why my film wasn’t moving forward. Chris never blamed anyone or anything, and I realized one day recently that I still have the use of all four limbs and therefore no real excuse to stop. So here I am.

Do something you believe in. If you’re in it to make money or to be famous and impress others, you’ll never survive the 16-20 hour days, the weekends, and the mental exhaustion that goes along with pursuing your passion. Believe in what you do.

As a film editor by trade, why have you chosen to produce & direct this yourself?

I knew Chris well and through knowing him I am a better person. He inspired me in many different ways, and there’s no way to convey that to someone else. I want that level of emotion to carry through to the film itself. Now that Chris has passed there is no way to introduce someone else to him, so I have taken it upon myself to share his story, and coincidentally enough I happen to have the professional skills and background to tell it properly. It would help if I were independently wealthy, but I’m confident the funding will come when it’s meant to.

What is your favorite memory of Chris?

The last time I saw Chris was when he was a groomsman for my wedding. At my bachelor party a couple of nights before, we were trying to sneak alcohol into our hotel room. He pulled me aside and said, “Just put all the booze in my wheelchair. Nobody checks the cripple.” That’s the kind of guy he was. He passed away a couple months later.