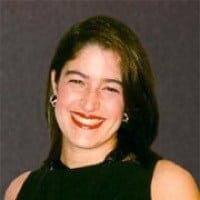 Before starting ALPR, Amy Levy was the Director of Marketing and Public Relations for the Anti-Defamation League (ADL) for five years. She directed all media relations for the organization’s programs in the west and served as the entertainment industry liaison for ADL’s thirty regional offices. Ms. Levy also produced a widely-publicized subscription lecture series that featured roundtable discussions with luminaries in art, publishing and entertainment.

Ms. Levy began her career at D’arcy Masius Benton & Bowles, the New York advertising agency. During her years in advertising, Ms. Levy continued her education, earning a certificate in Publicity for Film and Television at New York University and a certificate in film production at the New York Film Academy. She subsequently worked as a freelance production coordinator for independent films, videos and commercials.

Since moving to Los Angeles in 1996, Ms. Levy has also worked at Paramount Pictures, Lakeshore Entertainment and United Talent Agency.  Active in her community, Ms. Levy is a supporter of the Los Angeles County Museum of Arts, PS Arts, Americans for the Arts, the Geffen Playhouse, Planned Parenthood and KCRW.

A graduate of the University of Hartford in Connecticut with a bachelor’s degree in business administration and marketing, Ms. Levy is a long-time member of the Public Relations Society of America (PRSA).

We are working with extraordinary clients including IdeaWork Studios, a boutique interactive marketing and design agency with offices in Santa Barbara and Las Vegas. They do custom websites for hospitality, nightlife, gaming, luxury and entertainment brands nationwide. We work with AnEFX, an Emmy® award-winning studio that provides the highest quality sound design services for single camera television, feature film and video game/web content producers.  Another is Legacy Gym, a state-of-the-art personal training center in Los Angeles which merges the unparalleled success and training of the greatest bodybuilders in history with advanced, modern equipment and amenities.

Trends that excite you?

I am confident that Public Relations has more credibility with readers and viewers than advertising.  In this economy, consumers realize that anyone can buy an ad in a magazine, whereas editorial is far more convincing.  If you are reading a magazine you subscribe to, it is likely that you trust the editorial content.  While good products and services do not necessarily need celebrity endorsements, no one can argue that they do not make an immediate impact on consumer awareness.  If a celebrity is photographed in editorial wearing a new designer’s dress, people are more likely to believe in its quality than if she was paid to appear in an ad wearing the same dress.

I write ideas down on yellow stickies on my dashboard or on my bedside table in the middle of the night.  I bring the ideas into my team the next day and we brainstorm.

I didn’t network enough when I first started my company.  Shortly after, I realized how important it is to be out there all the time.

Know your customer and know what media they trust and get some editorial there.

Cision media software (database of all reporters) and my thesaurus.

Why don’t more companies give back to their communities?

It can be as easy as helping out a local elementary school with art supplies or musical instruments.  Your customers will so appreciate it.

How do you balance family and work life?

You just do your best and hope that you don’t slack in either area.  Showing your children that you have an identity outside of the house will inspire them to have one too.  It makes for more interesting dinner conversation.  Even volunteering part time at a local library or senior center while your kids are at school is fantastic.