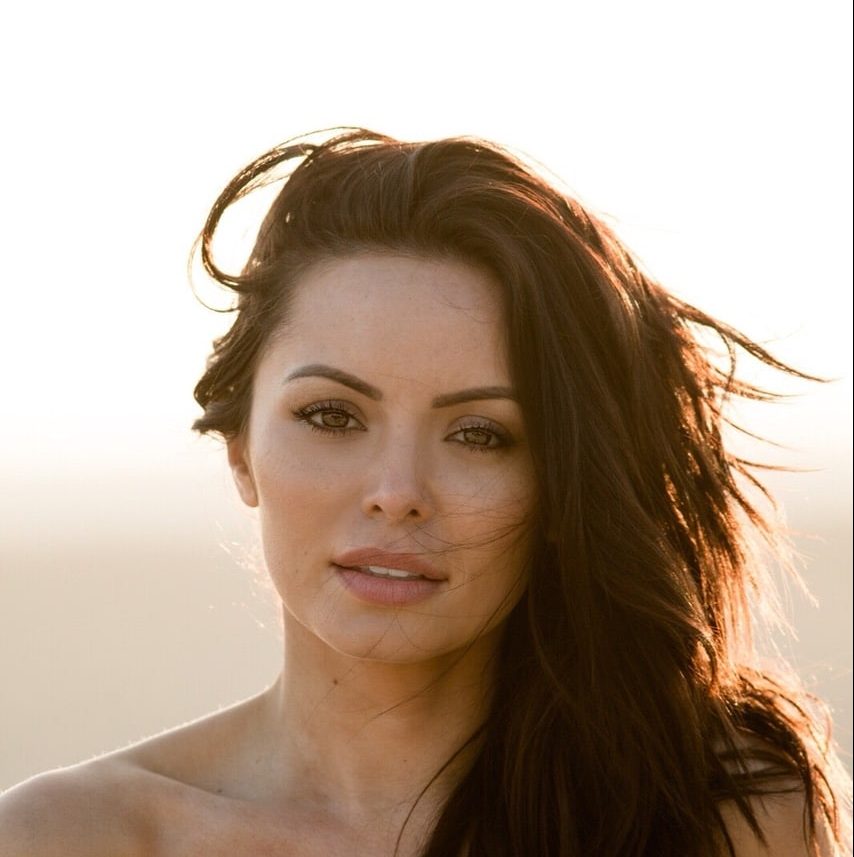 Emelina Adams is a pageant queen, model, a self professed girly-girl, and now, an award-winning actress. Emelina brought her strategically coordinated efforts to Hollywood and is now finding on-screen success. She is simply flawless in all she does – a real dream come true in Hollywood. Emelina gets the attention of agents, producers, cinematographers, and writers because of a work ethic that matches her beauty, brilliance, and aspirations.

Emelina’s first glimmers of fame was as a top 10 finalist of the Miss Nevada USA 2014 pageant. 2 years later, at the age of 23, Emelina rose to national prominence as the winner of Miss Nevada USA 2016 – a win that granted her the opportunity to compete in Miss USA 2016. Then, after 2 summers of working at the Wynn’s Encore Beach Club, Emelina left Las Vegas, the desert oasis where she was born and raised, for the hills and glamour of Hollywood to fulfill her goals of becoming a model and an actress.

It is in Los Angeles, CA where Emelina reached greater successes. An abundance of productivity and ambition propelled Emelina through the distractions often associated with fame and celebrity. As a testament to her ability to make opportunities, Emelina eventually found herself on the set of her dream modeling job – being photographed for Guess. She continues to be photographed for a number of fashion campaigns and with various famed photographers.

Emelina has also been noticed by the cinematic community for her evident on screen abilities. In 2018 Emelina acted in her first principle role as Isabella for the feature film Blood Pageant. In this thriller she starred alongside actors including Stephen Baldwin and Snoop Dogg. A recent role for the film Shadows – slated to release in 2021 – features Emelina as the girlfriend of David Labrava – famed for his role as Happy Lowman on Sons of Anarchy. Emelina has received seven awards for best actress from film festivals that include the Pinnacle Film Awards, Mindfield Film Festival Albuquerque, the Top Indie Film Awards, and the Royal Wolf Film Awards.

It might be surprising to learn that this beauty – with ancestry that is Italian, Irish, English, Native American, Greek, and Egyptian – has an intellect that is just as captivating. Emelina earned a degree in Psychology and minor in pre-law from the University of Arizona. Additionally, she knows how to sing and play the piano. Oftentimes, being gifted with good looks and artistic abilities leaves the value of her brain unnoticed. Despite this, Emelina’s consistent progress, accolades and awards are proof of her hard work and intelligent approach towards the entertainment industry.

I have always been a performer. I played piano, was in choir, and practiced many arts. I took some acting classes when I was younger but I was so shy. I always thought doing modeling was a step in the direction of acting. So I started doing beauty pageants. Halle Berry and some of my other icons started there.

My typical day starts early around 6 am.

I have breakfast, check my emails – there are always so many emails to go through. I check for news for collaborations, castings, and auditions.

Then I make sure to work out in preparation for a day of castings, photoshoots, and auditions. Some days I have an acting class

Staying focused! For 2 years now I’ve participated in Graham Shiels acting school. He’s really helped me grow my craft and as an actor. I like creating my own opportunities and finding my own work.

I’m such a girly girl, I love glamorous things. One trend that excites me is brow laminations. I was always so conscious about my eyebrows, so now I love having beautiful eyebrows.

One habit that makes me more productive is definitely making schedules. It’s all over the place all the time, but that’s exciting. I make sure to eat healthy, work out, and sleep. I have to feel good to be able to perform.

Keep going. Never give up. You never know what is going to happen. Make sure to always keep going. There are no excuses and a million ways to make it.

That my looks show that I don’t have a brain – that I’m just a bikini model, and the auditions I get are for roles to be a stripper, prostitute, or escort. We are in such a creative industry but it seems difficult for a lot of people to see models and actresses for anything else. Actresses should be judged for our travels, education, background, and experiences – not just looks.

I wake up early every day. I like starting my day early and focusing on my goals. I feel much more productive waking up early and getting all of my work done.

Stay persistent and definitely keep working at it.

I like to set tasks and accomplish goals. If you want something so bad you have to stay focused on it. You have to speak your goals into the universe and manifest them.

I really wanted and had it in my mind I was going to be the winner of Miss Arizona USA 2015. When I didn’t win, obviously I was really sad. I was sad to the point where I cried backstage. I really worked hard and gave it my all that year. I worked harder and made sure to develop what I observed as my weaknesses from the previous year. Eventually I won the title of Miss Nevada USA 2016.

It is hard to find quality friends. It would be nice if there was a real service that could match you up with good groups of friends. It is difficult to meet quality people.

I bought a Nespresso on sale for $100. Now I’m actually very excited to try all the new coffees. I’m actually most excited for the milk-frother.

One software that helps me be productive is iMovie. I need the program to make audition clips really fast. I also love IMDB Pro. I like researching movies, people, directors, and everything.

Think and Grow Rich by Napoleon Hill. It sets a great foundation for the mindset necessary to achieve high level goals.

“You can achieve anything you set your mind to”