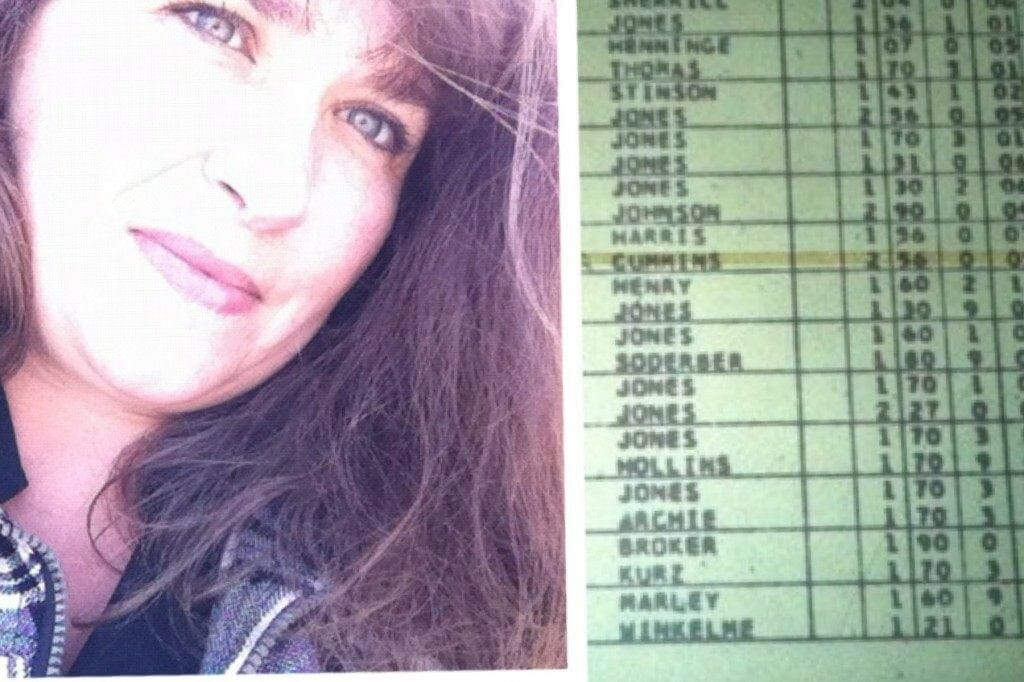 [quote style=”boxed”]I work seven days a week and I’m a mother, so all of my work is “in between”. In between school hours, in between dinner and bedtime. In between bedtime and midnight. You get the picture.[/quote]

I’m working on digitizing a rare collection of microfiche records. These records are not currently available to the public in their scope and detail – although they are public records. It will be a boon to reuniting California adoptees and birth families.

Where did the idea for adoptee reunions come from?

I’m an adopted child. I was born in 1970 and adopted in New York State. I’ve found both of my birth parents too late. They were very young and died in their early 40’s. I have met both sides of the family, on my birthmother’s side and my birthfather’s side — but it’s a very tragic story. My mother was forced into giving me up when I was 6 weeks old, and she never got over it. My father didn’t know I was given up for adoption until after it happened and the adoption agency stonewalled his family and wouldn’t let them reclaim me. But now I get to do what I love: I reunite people. There have been some amazing stories and wonderful reunions. Out of the hundreds of cases I have solved only two people have been turned away by their natural family, it is very encouraging.

I work seven days a week and I’m a mother, so all of my work is “in between”. In between school hours, in between dinner and bedtime. In between bedtime and midnight. You get the picture.

I see the world the way it should be and I aim for that vision.

Crowd-sourcing. I think it’s going to streamline and the possibilities are infinite. The sheer collaborative power our world will be able to harness takes my breath away.

I worked bussing tables when I was a teenager and the waiters used to short me on tips. It was not a good experience.

I would have spent more time considering my corporate structure.

I do not take no for an answer or blindly accept proclamations of “Impossible!”

Annoyances should celebrated for their potential solution, could someone please invent the Dyson version of laundry machinery? Thanks!

If you could change one thing in the world – what would it be – and how would you go about it?

I’d champion the basic civil rights of adoptees and change the laws that bar access to their original birth certificates. Everyone deserves to know their own history.

I’m not a fan of secrets.

I love Podio.com for online collaboration, it’s free, has a fabulous customizable interface and has an iPhone app. I use spokeo.com to find people. And Inkscape is a free vector image program I could not live without.

I read non-fiction and biographies. I always recommend Mark Twain’s The Innocents Abroad. It is unexpectedly hilarious and even though it was written 145 years ago, Twain’s observations of cultures and foreign destinations are eye-opening.

Howstuffwork’s podcast: “Things You Missed In History Class” and The Moth.

Betty White, I named my vintage Mercury Comet after her Golden Girls character.

My guilty pleasure is Ugly Tattoos on the Icanhascheezburger iPhone app.

So many to choose from. I love history and World War II military history, so I would have to say Carmel Offie. He was an OSS officer, later on a CIA agent, and a thoroughly fascinating person. He was gay in an era where it was just not spoken about and in the 50’s when members of Congress threatened him he told the media “You can’t blackmail me, everyone knows I’m gay” and shut down the whole scandal. I adore him for that.

Where is the best genealogy information on the internet?