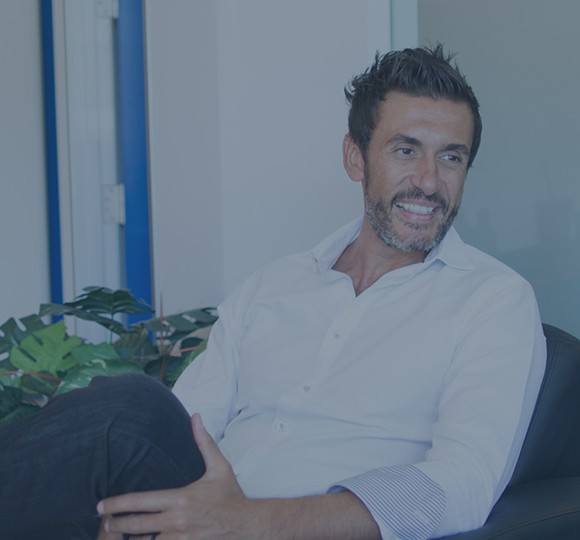 I’ve had multiple failures but never let them stop me from fighting for what I believed I was entitled to.

Nick Yates is an accomplished entrepreneur based in San Diego, California. Over the course of his long and varied career, Nick Yates‘ longstanding dream has been to offer simple, healthy food vending machines so that consumers on the go can get something more healthy and nutritious than a chocolate bar or potato chips. While pursuing this dream, he has been heading the revolution on various technological advances in the United States.

Nick Yates serves as the Chairman of Generation NEXT Franchise Brands, a public company that is driven by revolutionary concepts: Reis & Irvy’s and 19 Degrees, which has earned it fame and recognition. In this capacity, Nick Yates has been at the helm of some of the most significant innovations in food technology.

Reis & Irvy’s in particular has been at the forefront of waves and innovations, not just within the food industry, but also the tech industry in general. A large part of this innovation has to do with its groundbreaking invention, the “FroYo Robot.” This machine is the first fully automated frozen yogurt robot vending machine to ever hit the market. This unique creation was based off a simple fact that had held the industry back for years: frozen yogurt, as a food product that melts (and melts quite quickly), is by nature pretty messy. Because of this notable limitation, self-serve stations frequently resulted in spillage, waste, and overall high maintenance. The people behind Reis & Irvy’s LLC, Nick Yates included, decided that by providing a neater, more tech savvy, and entertaining alternative, they could help providers and consumers alike.

Nick Yates, along with the Reis & Irvy’s team provided their answer to this dilemma with the “Froyo Robot”. This unique technology has a patented design, which allows for a truly unique experience.

Where did the idea for Reis & Irvy’s come from?

Robofusion Inc was the innovator of the world’s first frozen yogurt and ice cream dispensing vending robots. The company was responsible for building and operating approximately 30 of these robots that were placed in a variety of locations around the globe from 2010 – 2016. Twelve of these robots were placed in the US and the financial results from these were the basis for our desire to enter this category.

In February 2016 we signed an exclusive license deal for the Robofusion technology. Upgraded the license deal to include exclusive distribution rights for North America in May 2016.

With these patents now exclusively held by Generation NEXT Vending Robots Inc., the company is looking to provide ground-breaking, never seen before robotic vending solutions that will showcase an assortment of technologies specifically aimed to change the future of food and beverage automation.

Right now I’m drinking a bulletproof coffee around 5:30 am to kick start my day. This allows me high focus for the first 4-5 hours of the day which includes a visit to F45 for some functional weight and cardio training. I arrive at the office around 7:30 am each day and begin with a quick meeting with my assistant to peruse the daily calendar so she can help me make the most of my time. I always take a walk around the office and say hello to my team (approximately 45 individuals) and make sure everyone has what they need to make the most of their time. Most of my day is filled with me replying to emails from franchisees, investors, and shareholders, plus in-person meetings with my management team sporadically throughout the day. Our office offers meditation program to its employees (we have a meditation teacher) and I’ve been meditating myself for over 3 years now sometimes once and sometimes twice a day for 20-30 mins. I don’t have specific times for meditation rather I let my brain tell me when it’s time to switch off for the sake of enjoying some silence. Besides this, I rely heavily on double shot espresso!

Right now, Robotics! Being a vending industry veteran I love the idea of disrupting the food and beverage industries with vending robots. We are about to launch the worlds’ first frozen yogurt and ice cream dispensing robots under the Reis and Irvy’s brand and the market has reacted incredibly to the model. We anticipate launching a range of vending robots that cater to our desire to disrupt brick and mortar industry that is stale and stagnant. Stay tuned!

I think most people would say it’s my ability to solve difficult problems and remain focused on the big picture. I have spent many years focusing on the small stuff and it’s unproductive for an entrepreneur to spend his/her days worrying about these items rather than delegating them to trustworthy colleagues. I also think I have a good idea for spotting trends early and doing something about it quickly.

When in doubt, do NOTHING! Reacting quickly in the past stopped me from seeing the big picture clearly. It limited my ability to grow as an entrepreneur.

Meditation. Why? Because it induces creativity, keeps my nervous system calm and makes me realize this entrepreneur thing is a just a game! Not to be taken too seriously!

Learning from my past mistakes. Fool me once…

I’ve had multiple failures but never let them stop me from fighting for what I believed I was entitled to.

A mobile app that allows churchgoers to donate money to the church without having to put their hand in their pocket and find cash for the plate.

Stealing Fire – “It’s the biggest revolution you’ve never heard of, and it’s hiding in plain sight. Over the past decade, Silicon Valley executives like Eric Schmidt and Elon Musk, Special Operators like the Navy SEALs and the Green Berets, and maverick scientists like Sasha Shulgin and Amy Cuddy have turned everything we thought we knew about high-performance upside down. Instead of grit, better habits, or 10,000 hours, these trailblazers have found a surprising shortcut. They’re harnessing rare and controversial states of consciousness to solve critical challenges and outperform the competition.”